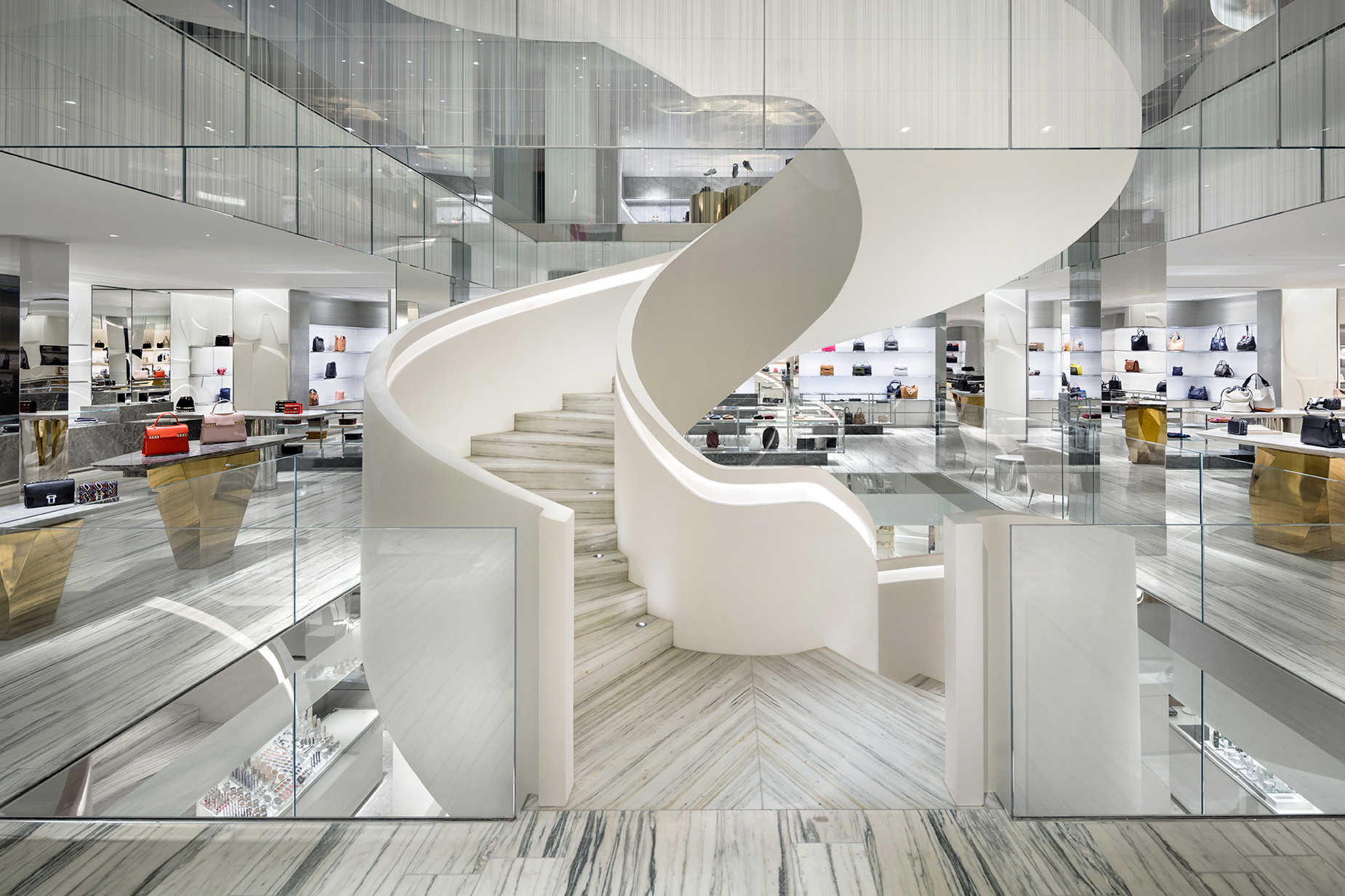 We had a chat with Emily Monato, a Suite Project Member and one of the owners of Cooley Monato Studio. In this 6-minute read, you’ll learn more about what drives the studio and how they work.

The Suite Project: So tell us a little about your company and your position in the company.

Emily Monato: I am one of the owners of Cooley Monato Studio, which is an architectural lighting design firm, so we do everything that event lighting people don’t do. Everything that we touch is permanent. This can be anything from offices to museums, art galleries, hotels, condos, and for the most part, we have currently touched all of those sectors. Since companies tend to go through different iterations, we are primarily known for our retail and hotels. One of our longest retail relationships is with Tiffany & Co. and one of our latest hotel partnerships is the TWA Hotel at JFK which just opened last month.

TSP: What led you to this career?

EM: I had no intention of going into design. I come from a medical family in Wisconsin and went to school for pre-med, but 2 years into the program, I started to have second thoughts about how successful I would be as a physician, even though I thought my whole life I was going in that direction. I decided to try out design because I always had this bipolar interest in studying science as well as art. The University of Wisconsin in Madison had a program that seemed to suit me, so I just defaulted to interiors. After going through the last 2.5 years in school, I decided I didn’t want to be an interior designer either, so I contacted the author of one of my textbooks which led me to the president of the International Association of Lighting Designers. I had no idea that this career even existed, but later found out that there was an internship program which was bicoastal, either LA or NY. All I had to do was submit my portfolio and wait. So I did, and within a week I was invited to NY. After 2 years there, I met my future business partner, Renee Cooley, and within a year of working together we decided to form our own company. And that was 28 years ago.

TSP: What is a work-related accomplishment that you are really proud of?

EM: I have to say lighting design is a really good career because its a marriage between technology and art. I don’t feel that lighting is solely design because there is a substantial amount of science integrated into it and so our clients trust us to lead them through the technology evolution that is happening within the industry. Just 5 years ago as a consumer, you may have not been aware of LEDs, but now that’s all you hear about. It has been our job and privilege to have been trusted by companies like Tiffany and Company who has been our client for more than 20 years now. We started with them back in 1999 and were in charge of stewarding them through the next evolution of technology. There have been 4 or 5 revisions to their lighting standards over these past 20 years and we were always responsible for advising them when to pull the trigger, to know when technology was too new, to not invest in it at the moment or that they were crazy for not getting in on it because the advantages outweigh the disadvantages. So there’s a satisfaction in knowing that we not only helped to advise them to remain current, but also in our own small way helped them to be more sensitive to energy consumption and human well-being, and helped to improve their lighting to create a better environment.

TSP: What was your first job?

EM: My first job was a fun one. My business partner who is now retired, Renee, actually took over the clientele from her former company because her boss decided to go full time into teaching. So at that time, they had a couple of clients who were part of projects that were about to start and because her boss was closing the company, they really needed somebody. One of them was Hasbro’s Toy Company. It was this old factory in Pawtucket, RI, that needed to be renovated to become their executive and administrative headquarters. Part of the project was a museum attached to the headquarters, so we were able to see some historical items such as the first Mr. Potato Head and some archival toys and our job was to light them. It was really fun and quite frankly to me, even working with companies like Tiffany is fun but I also like sparkly things so to have to spend my time around those things is not hard.

TSP: If you could write a book about your life, what would the title be and why?

EM: Tripping into the Future. I have a strong faith, but I am not somebody who goes to church every Sunday. I say this though because something seems to either be guiding me or I am literally tripping from one stepping stone to the next which is taking me to where I am supposed to be going in the future. I feel very fortunate to have met the people that I’ve met when I met them, to have the opportunities pretty much dropped into my lap when I needed them and to have foresight or luck to recognize the opportunity when it presents itself. There’s a lot of hard work don’t get me wrong, having a business is a daily struggle but so many things have happened to facilitate it that I could never have planned. So again, I feel that I am going through momentum forward but whenever I need something it appears. Yes there is work but there is a heck of a lot of luck in there too.

TSP: What 3 words would your friends use to describe you?

TSP: Who had the most influence on you growing up?

EM: Not just 1 person because I came from a very close knit family. My parents were both immigrants from the Philippines in the 60s and together they raised my brother, my sister and myself in a very conservative manner. They taught us to work hard, do what you are supposed to do and be good people which I think has helped because I’m not equating it to a war or a depression, but having survived personal tragedies and economic downturns over the last almost 30 years, I think the fortitude to stay positive and to just keep doing what I think is my job to get to the next stepping stone was due to the work ethic that my parents taught. So I would say my parents.

TSP: Do you have a favorite charity that you wish more people knew about?

EM: Water.org. It has to do with providing simply clean drinking water to people who don’t have access to it. It struck me that something so basic where in this country you just have to go into any store and ask where the drinking fountain is and it’s there for you as well as being able to choose from what country you want the water to be from seems extreme and excessive compared to people who don’t have access to clean drinking water at all.

TSP: How has being part of a coworking space benefitted you?

EM: I have really appreciated the sense of community. We have come from having our own office all 28 years prior to being here and for 10 years an entire floor where we had a penthouse and quite frankly didn’t interface with anyone who wasn’t specifically coming to see us. So the difference after those 10 years and the last 8 months of being here is almost like going back to school, where you see people on a daily basis. It may just be a “hello” or a “how are you”, but we didn’t have that and its nice and almost a secure feeling like people recognize you and in some way are looking out for you, like a neighborhood. So I appreciate that by contrast from what we came from.

TSP: What has been your favorite part of The Suite Project?

EM: Besides having that sense of community, from a practical business point of view, the cost savings are tremendous because of what we came from. I told other people who are looking to move about our experience here and let them know that I honestly can’t imagine this company going back to a traditional lease even if we continue for another 20 years.